(INTRODUCTION) Brand identity, custom type, and editorial design for issues 1~8 of Free, a fashion magazine that celebrates and subverts Japanese culture while capturing the spirit of the most pioneering creatives in Japan.

All fashion photography courtesy of Free Magazine.
Further credits are listed on FreeMagazine.jp
Portfolio photography by Ayaka B. Ito.

Since March 2015, Free Magazine has launched eight visually striking editions that speak to Japan’s diversity of expression and maintain its reputation as a tastemaker of Japanese culture.

We took an East-meets-West approach to create the Free Magazine identity. With Formichetti’s unique voice and mixed heritage as our guide, we designed each issue to mix Western and Japanese typefaces and created layouts with custom headline treatments that are visually disruptive and provocative—defying established Japanese fashion trends.

(LOGO) East meets west. Combining both the Japanese and English ways of writing Free,  the identity plays with  horizontal lines, which in Japanese indicate the long vowel in its name (fr"ee"). The condensed, bold logomark nods to vintage Life Magazine, from the desire to become a new iconic publication for Japan's modern-day that changes the way people could look at the world.

(EDITORIAL) Since March 2015, Free Magazine has launched eight visually striking editions that portray Japan’s diversity of expression. We designed on over 2,400 pages of editorial design, custom typefaces and lettering for all issues 1–8 from 2014 to 2018.

(LAYOUT) Each issue explored a different typographic treatment using the mix of Japanese and English characters. 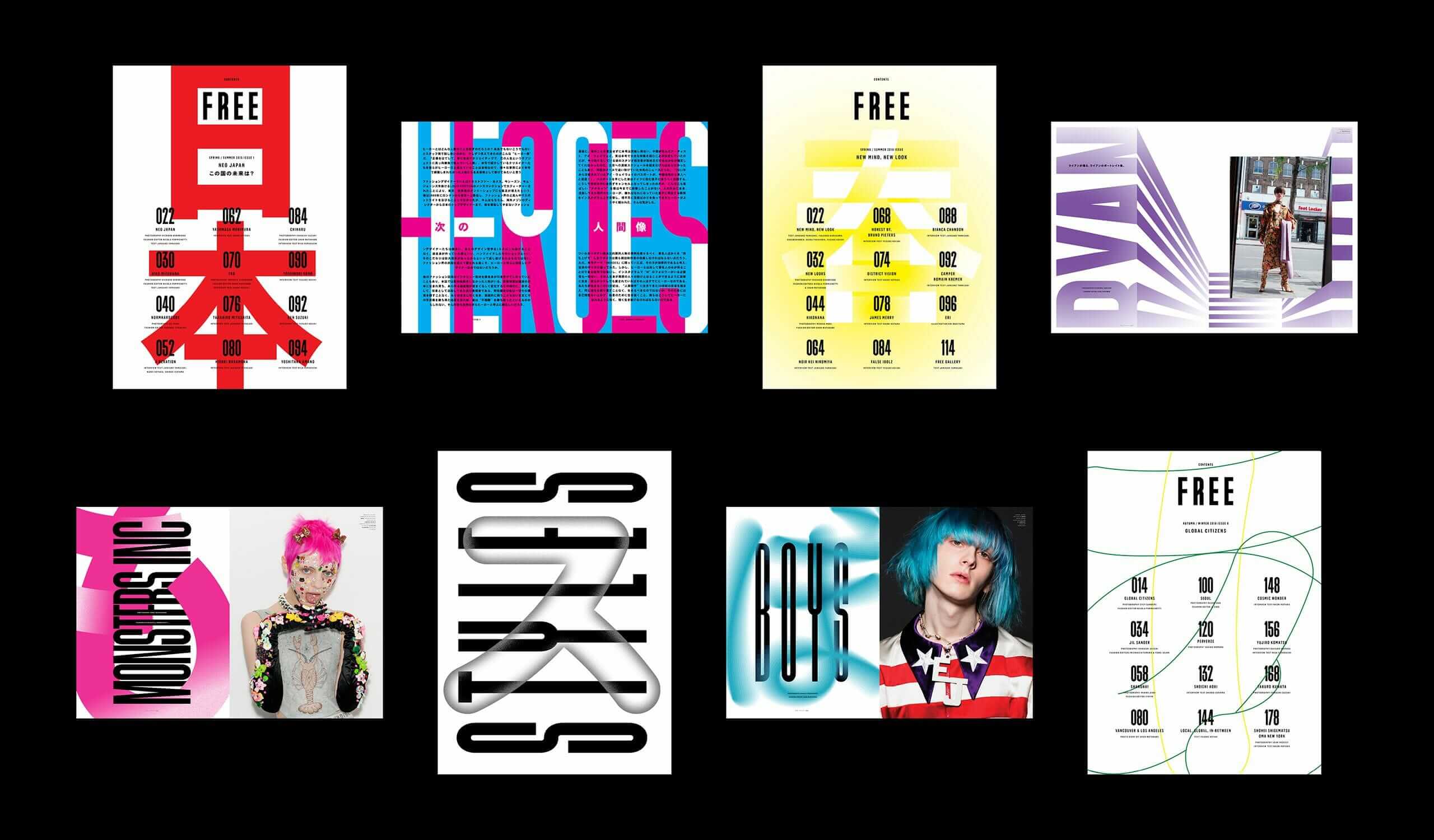 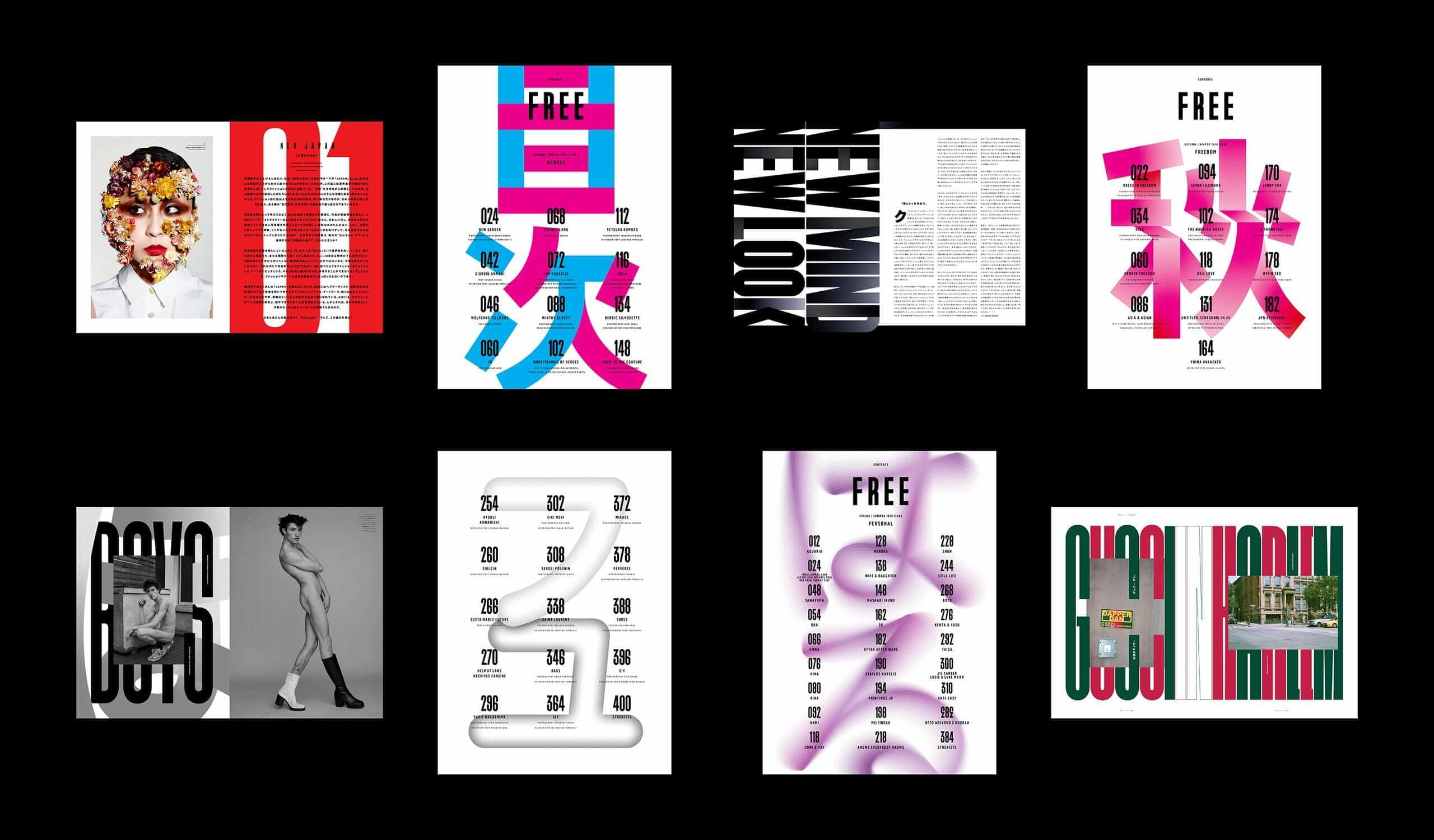 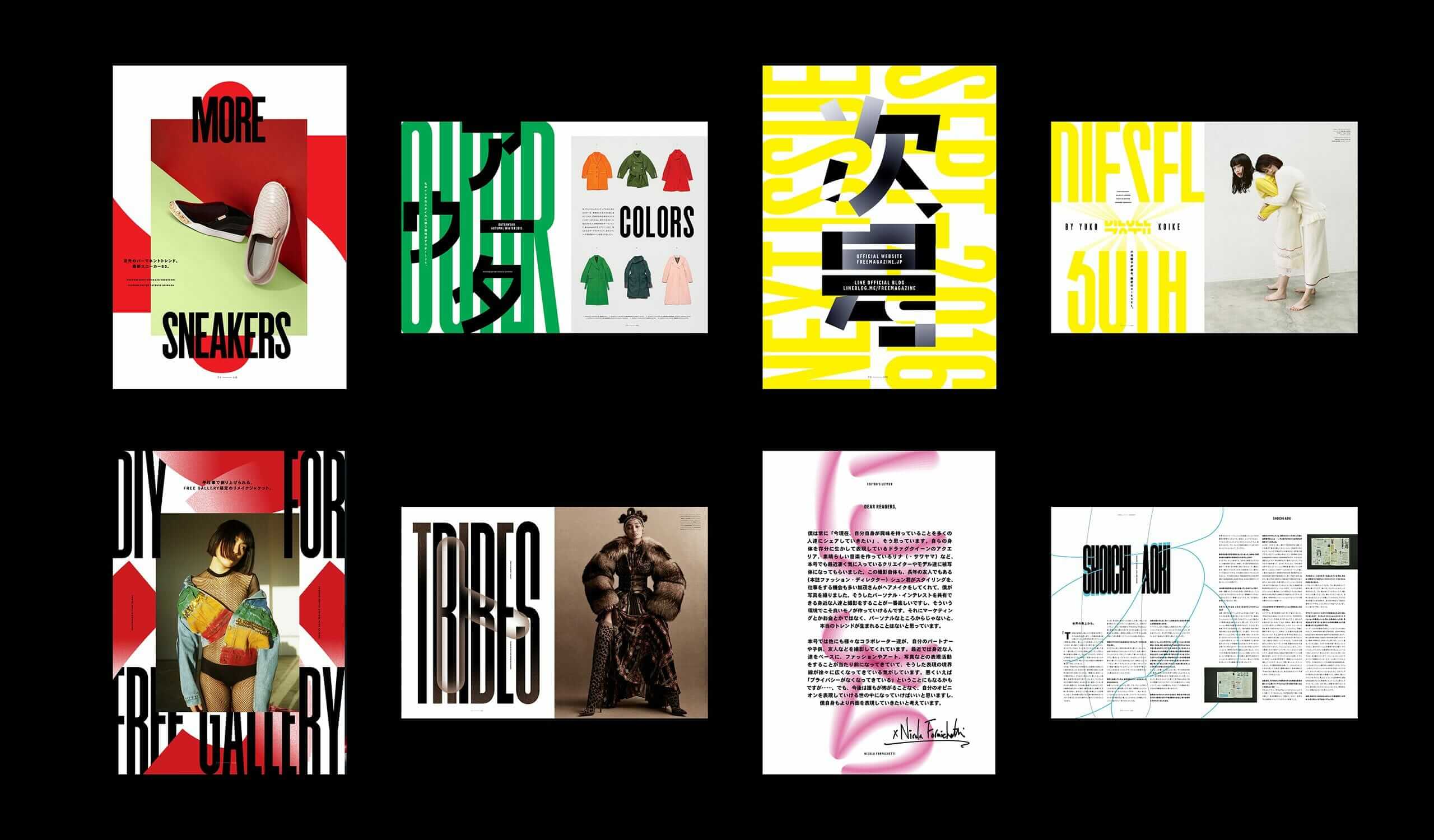 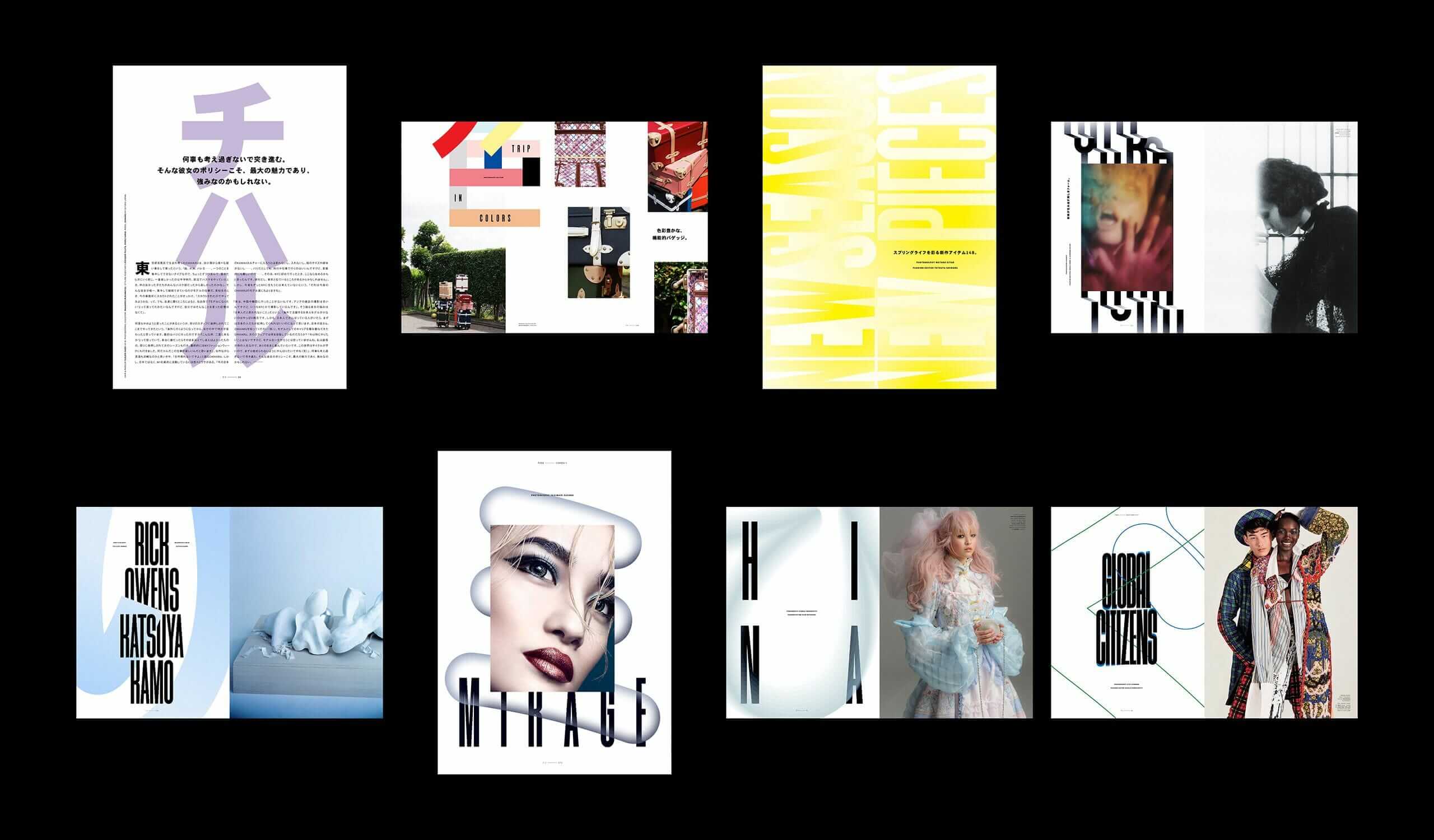 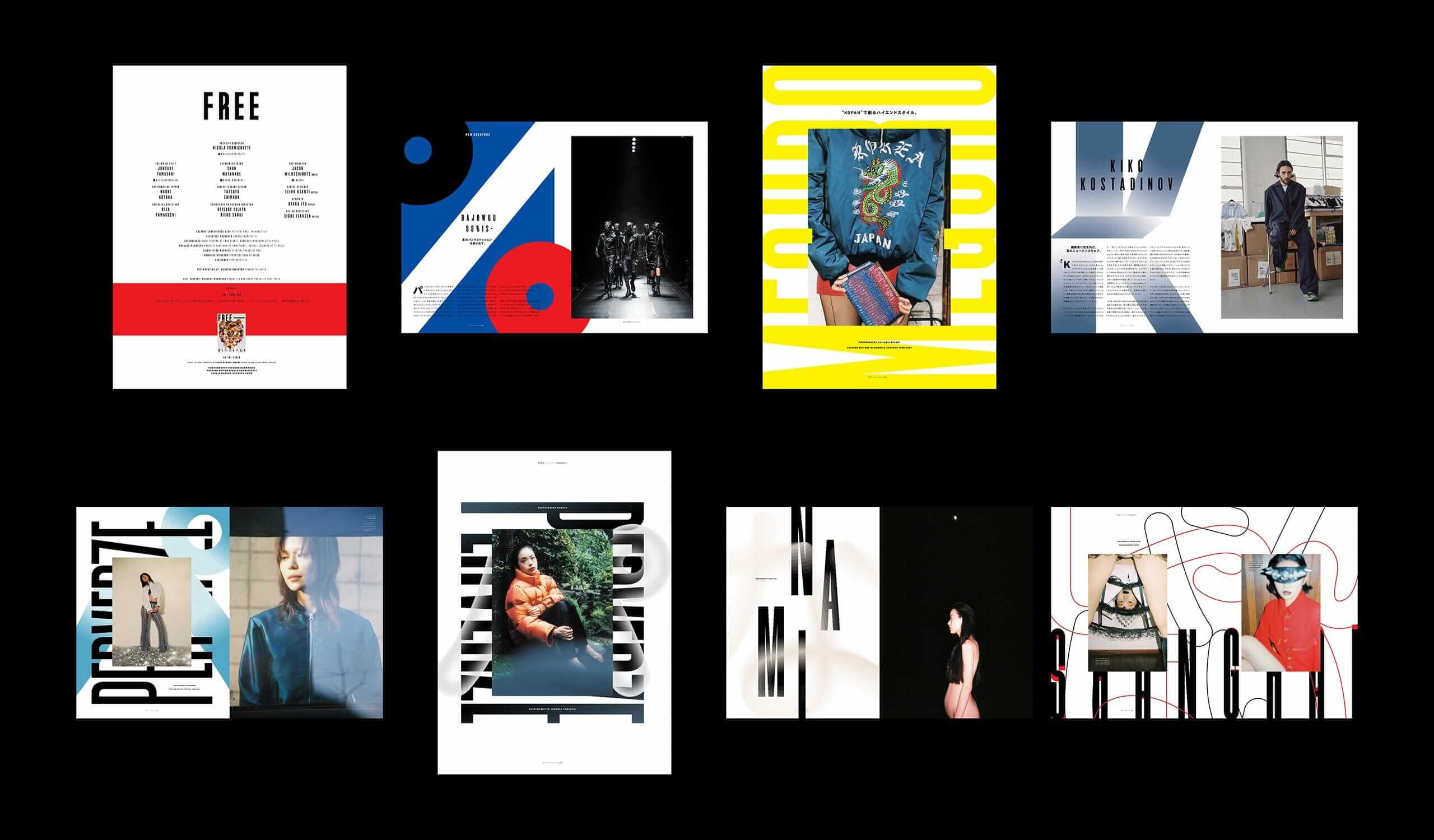 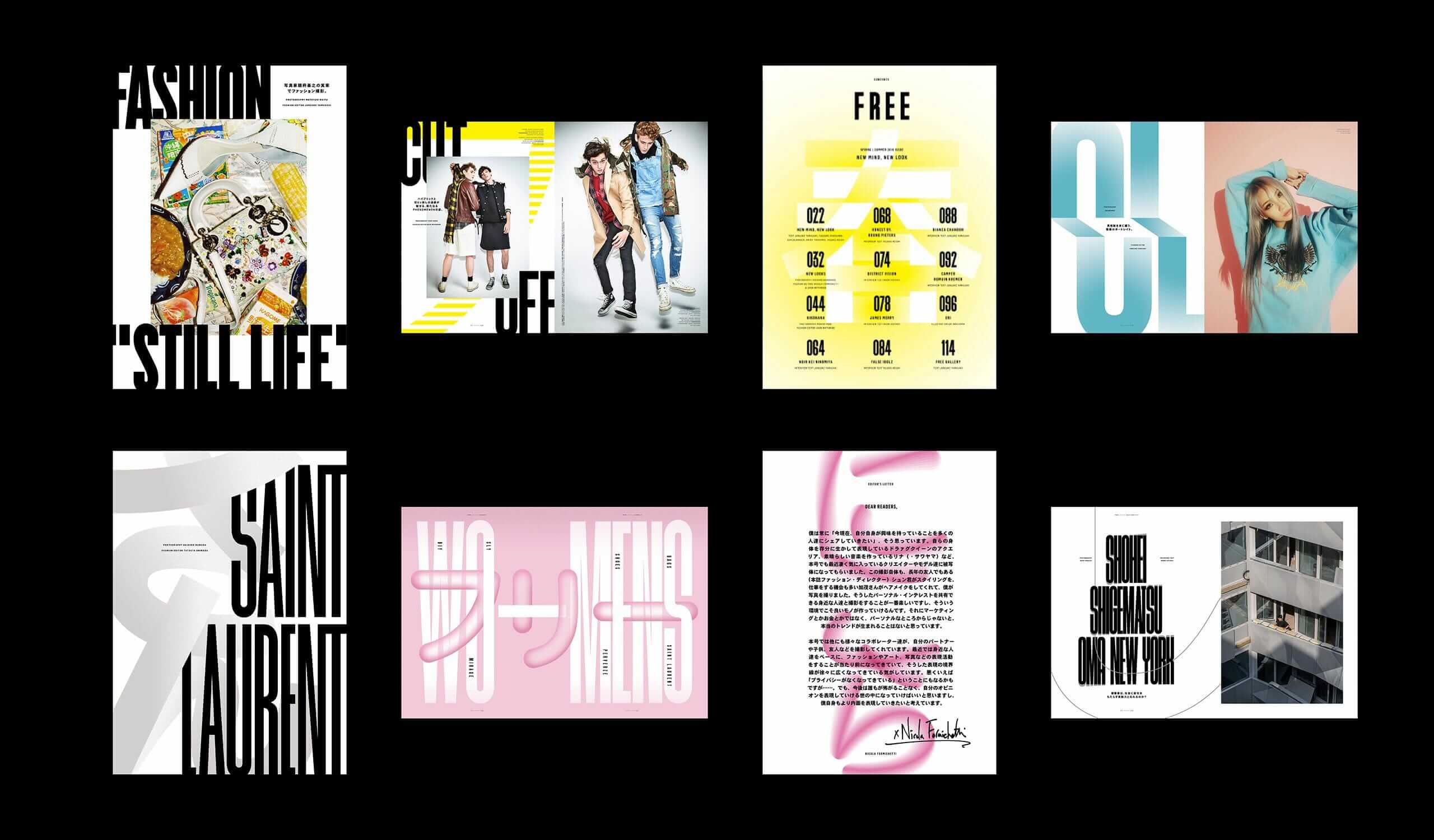 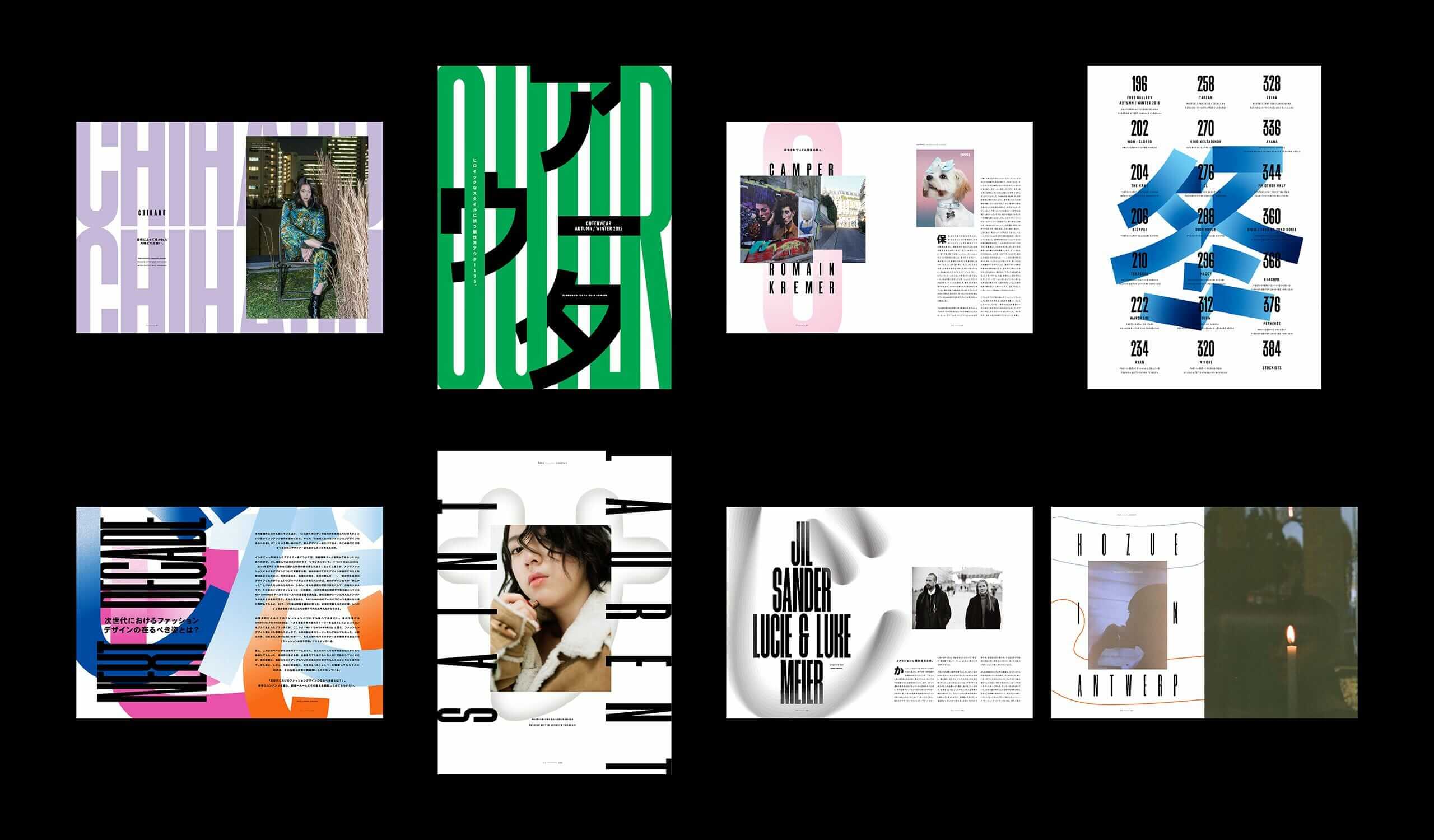 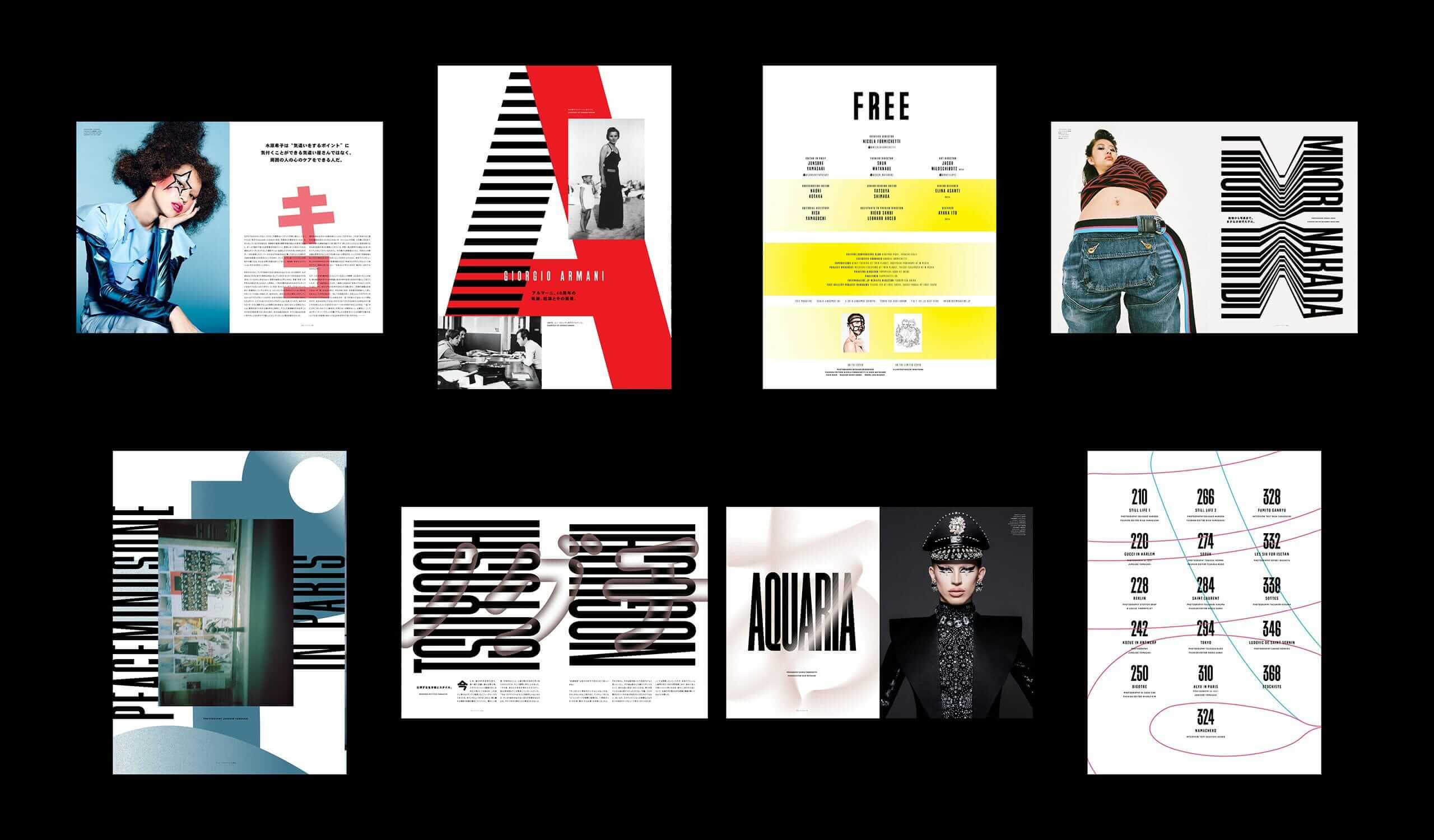 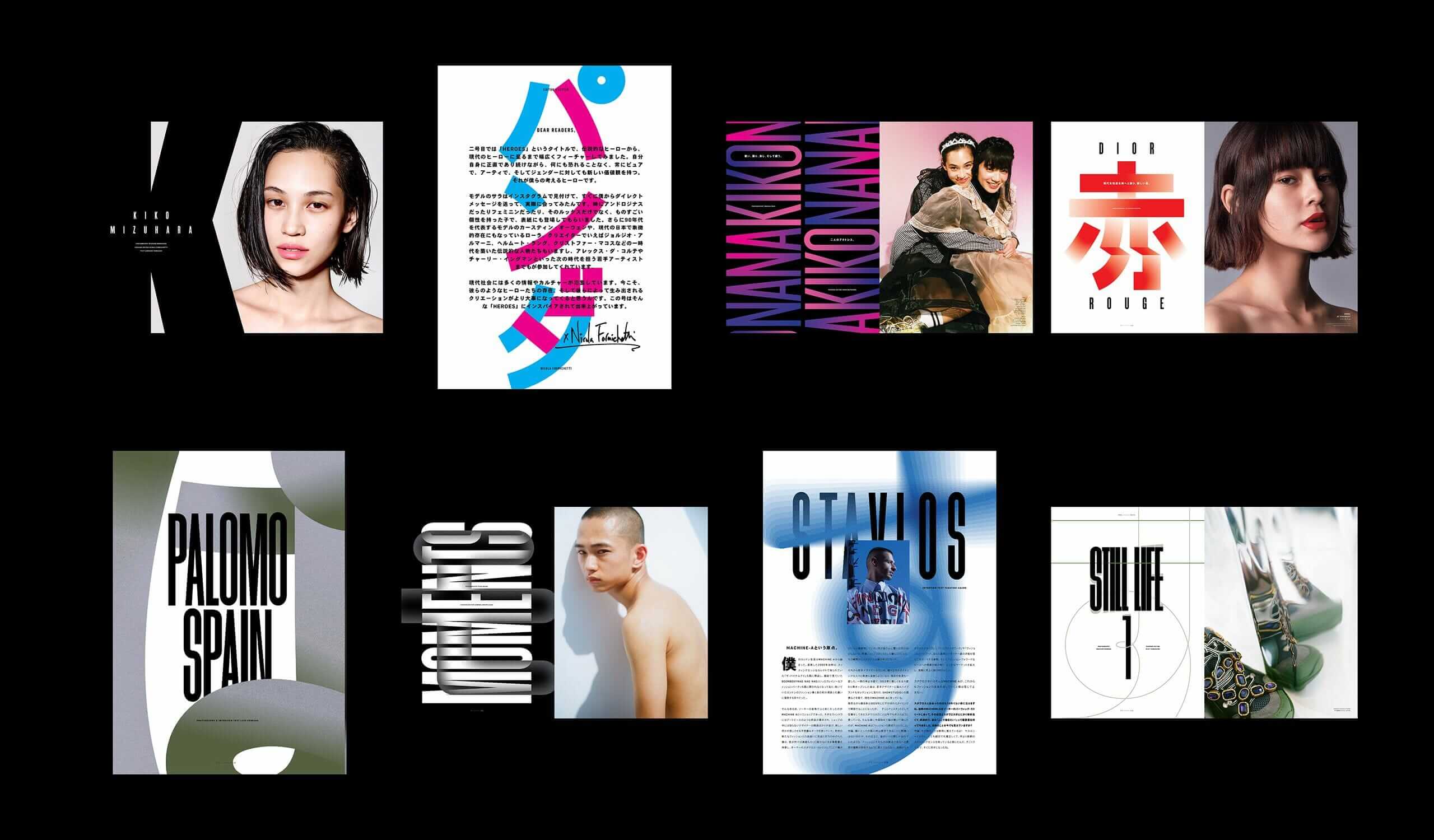 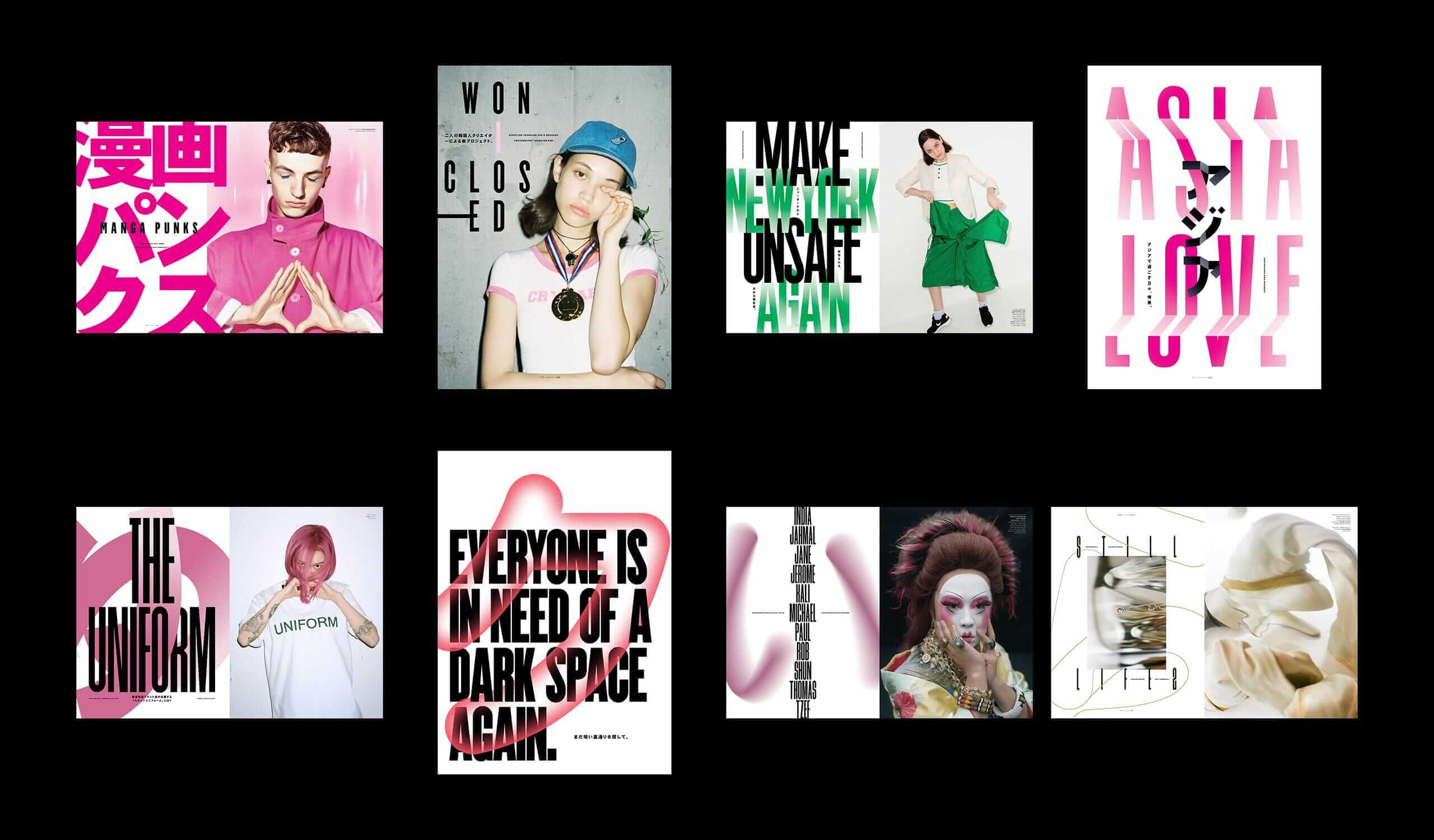 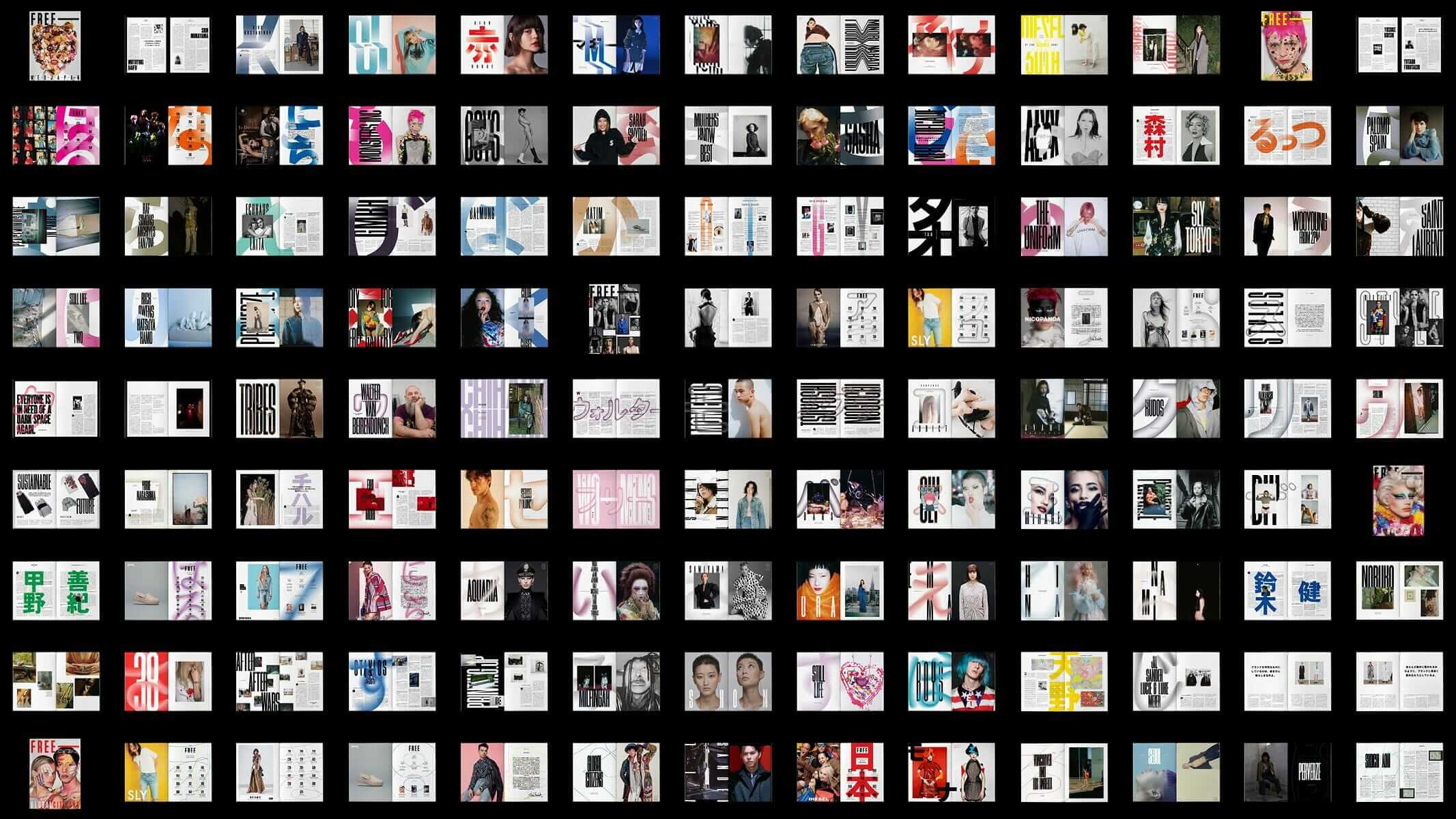 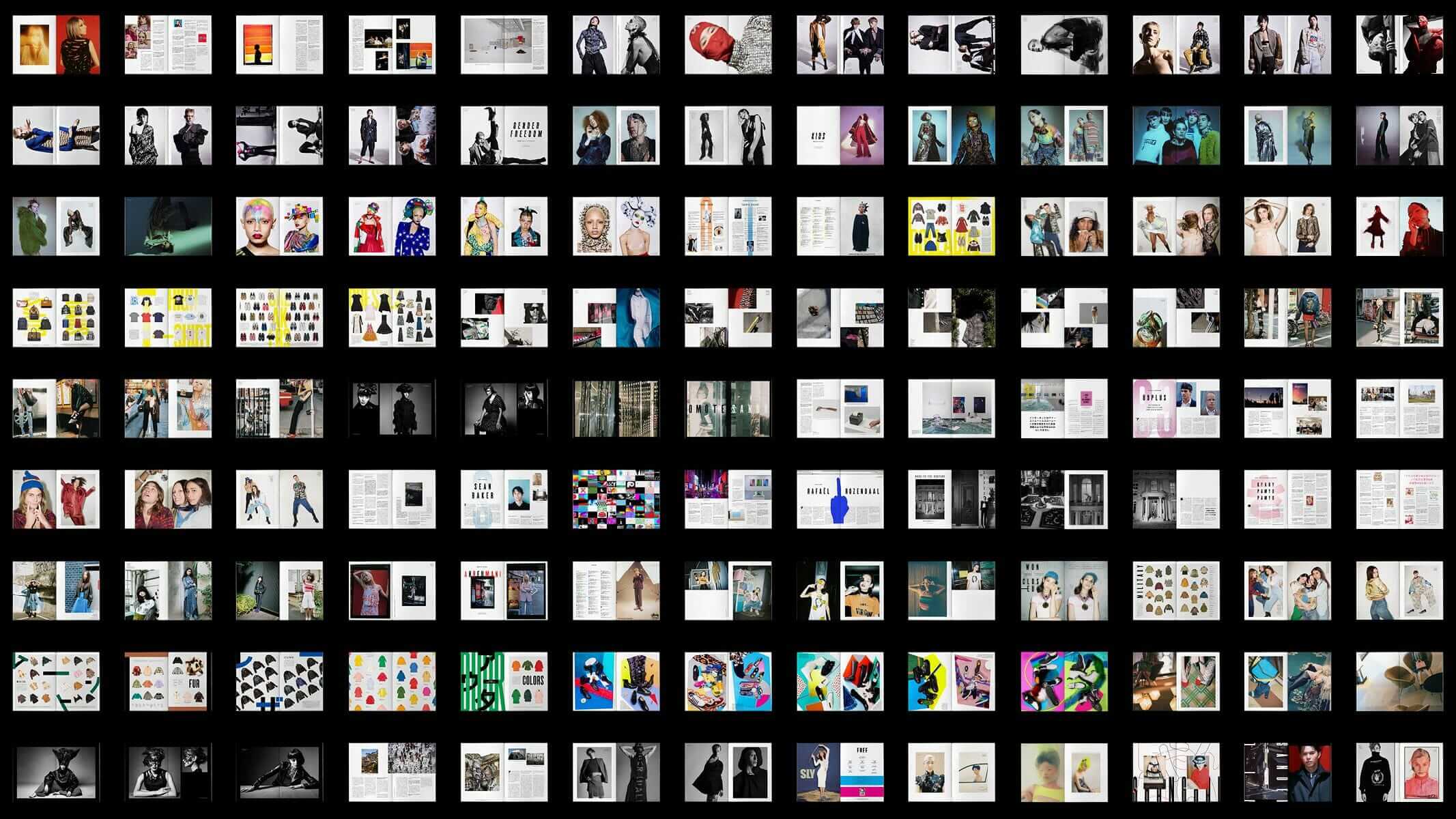 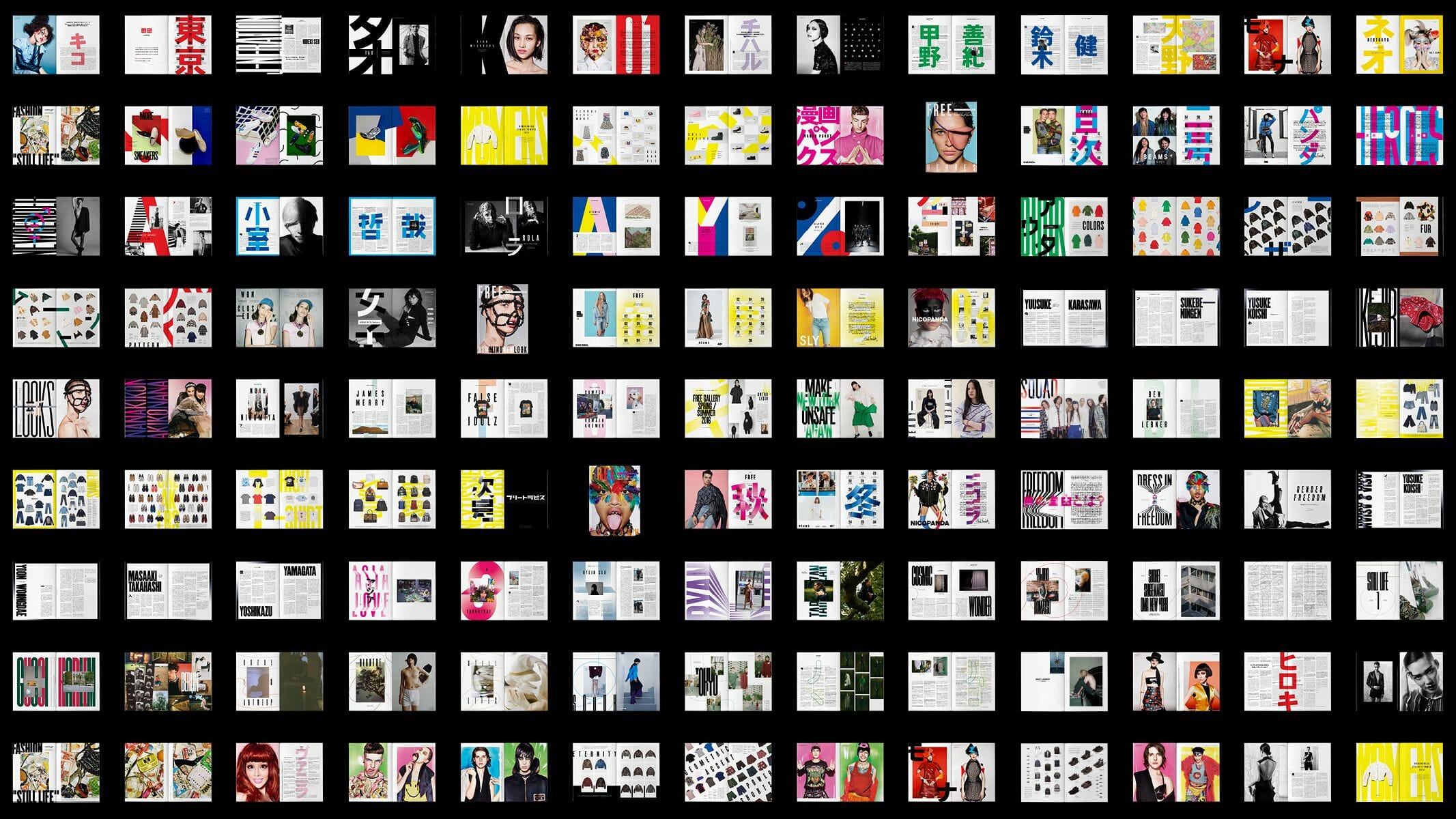